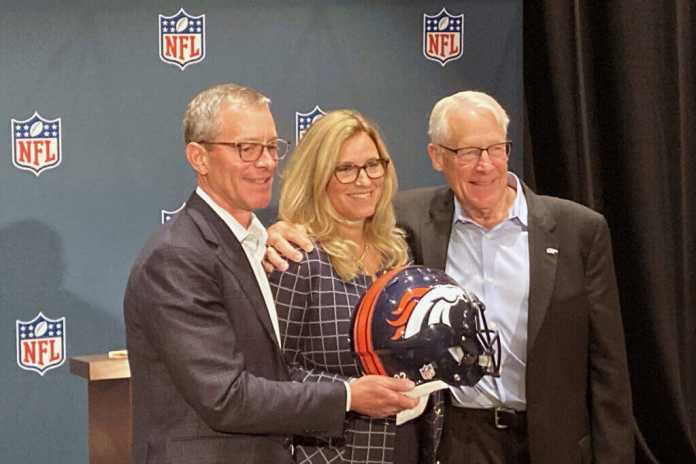 BLOOMINGTON, Minn. — It’s been a good few months for Stan Kroenke. The owner of the Los Angeles Rams watched his team win the Super Bowl, in its home stadium no less, in February. Four months later, another team he owns, the NHL’s Colorado Avalanche, hoisted the Stanley Cup.

“Some people tell me no one’s ever done that,” Kroenke said matter-of-factly Tuesday at the conclusion of the league’s special owners meeting. “So, that’s kind of cool for all of us.”

Another highlight in a banner year came Tuesday when Kroenke and the rest of the league’s owners unanimously approved the sale of the Broncos to Rob Walton; his daughter, Carrie Walton Penner; and his son-in-law, Greg Penner. Kroenke’s wife, Ann, is a cousin of Walton’s, so he has a long-standing relationship with Denver’s newest ownership group.

“You want great partners in these leagues, and I’ve known Rob and Carrie for over five decades,” Kroenke said. “I’m not exactly sure how long I’ve known Greg, but it’s been between three and four decades, for sure. They’ll do a wonderful job, and having people you know you can count on, that are forward-looking, that are progressive and want to invest in the facilities and communities they’re in, that’s a big deal.”

Kroenke, who also counts the NBA’s Denver Nuggets and the Colorado Rapids of the MLS among his Denver-area sports properties, said it’s not out of the question that the two groups could work on projects together in the city.

“It wouldn’t be unusual if we did,” Kroenke said. “They’ll have their focus and they’ll develop that, so I wouldn’t want to comment on that right now. I think what they do is what we do: We work hard, we look at the long term and we invest in the long term. So, it’ll be the same. I think it’s good for the city, frankly.”

For now, Kroenke said he is looking forward to the Christmas Day date between the Rams and Broncos in Los Angeles.

“That’ll make for a good…