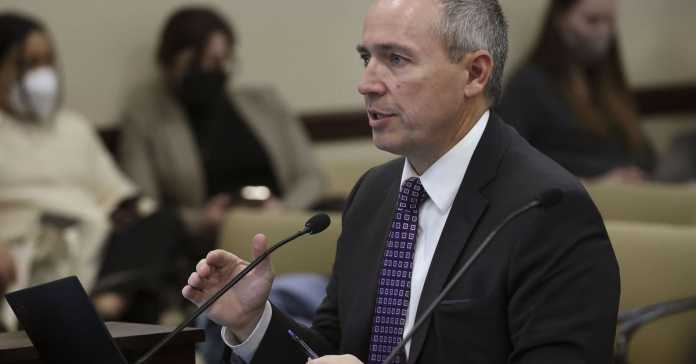 A panel of Utah lawmakers on Wednesday gave early approval to a bill that would drop Utah’s income tax rate to 4.85% with a price tag of about $160 million a year.

The bill is now on its way to the Senate floor for discussion — but the debate over how to cut taxes this year is ongoing, with lawmakers caught between those who want an even bigger tax cut, those who think any tax cut should be more targeted for low- and moderate-income Utahns, and those who think the taxpayer money would be better spent on programs for the needy.

The Senate Revenue and Taxation Committee voted 6-2, with two Democrats voting against, to favorably recommend SB59 to the full Senate.

The bill sponsored by Sen. Dan McCay, R-Riverton, initially would have only dropped Utah’s income tax rate from 4.95% to 4.9%, but McCay changed the bill to reflect a 4.85% rate after Senate leadership signaled they’d prefer that figure.

How much money would Utahns get back?

For a family of four making Utah’s median income of about $72,000 a year, the cut would mean about $98 more a year, McCay said.

“That’s not a big number, but it does make a difference to those who earn that income, and that’s one more expense, a few more meals. … For that reason we’re hopeful this is a great return to them.”

McCay noted his bill is only one piece of what’s likely to be a bigger discussion about tax policy as it moves through the House and Senate.

While the Senate focuses on an income tax cut, the House is “working on some additional components,” McCay said, including perhaps some changes to the state’s Social Security taxation and possibly an earned income tax credit more targeted toward low- and moderate-income Utahns.

Meanwhile, Democrats and poverty advocates have been…

Diabetes Burnout is Real and Dangerous – NBC 5 Dallas-Fort Worth