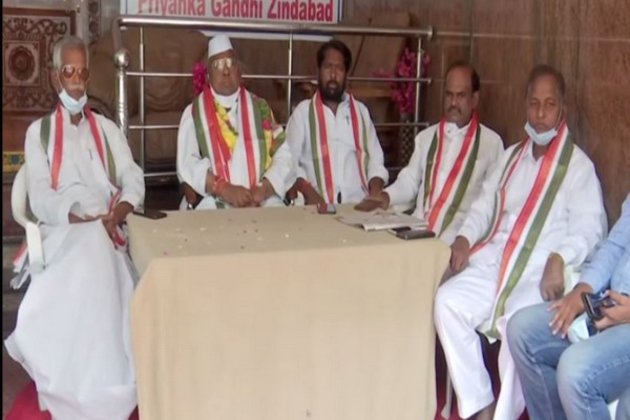 While speaking to ANI, Congress leader V Hanumantha Rao, said, “I along with other Congress leaders and youth Congress members are holding a silent protest, for immediate dismissal of Ajay Mishra from the cabinet.””In Uttar Pradesh, Lakhimpur Kheri district farmers were protesting against the three farm laws. The Central government imposing the three farm laws are benefitting only businessmen but not the common man,” he added.

He added, “Farmers have been struggling in the rain and scorching heat for the past one year. To suppress the voice of farmers, the government killed four farmers by crushing them under the Ajay Mishra’s son convoy.”As many as eight people including four farmers had died in the violence that took place on October 3.

Samyukta Kisan Morcha (SKM), a body of several farmer unions, had issued a statement regarding the incident and alleged that one of the four farmers was shot dead by Ashish Mishra, while the others had been allegedly run over by the vehicles of his convoy.

Refuting SKM’s allegations, MoS Teni said that his son was not present at the spot, adding that some miscreants merged with protesting farmers and pelted stones on the car, which lead to the ‘unfortunate incident’. Ashish Mishra also refuted SKM’s allegations and reiterated his absence at the spot where the incident took place. (ANI)

The Key Metrics You Need to Grow

The president has a new 6-prong plan to create jobs for...