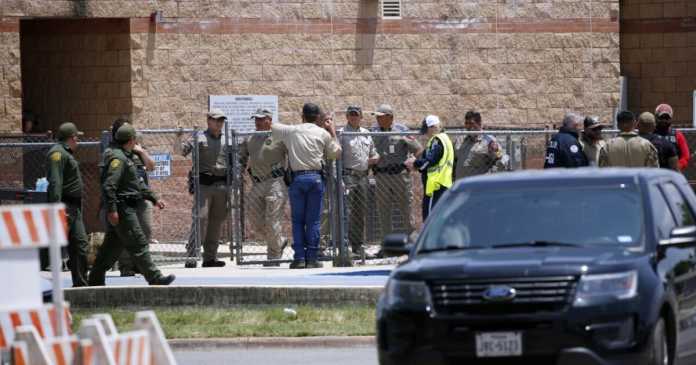 “It’s not normal to lose kids when they’re 10 years old,” said Heidi Matthews, the president of the Utah Education Association. “It is not normal to have our schools be the place of violence. We must do something about it.”

There were 16 school shootings in the U.S. in 2011, according to recent data from the Center for Homeland Defense and Security. There were 249 in 2021 — the greatest number of incidents in recorded history. The next highest year was 2019, with 119 shootings.

“We have such a profound trust placed in us in our schools,” said Matthews. “To think of school being a place where kids might not come home one day, it’s just it’s devastating. It’s heartbreaking, and I’m just, I’m just enraged.”

The Utah PTA has been advocating for a bill proposed by State Senator Daniel Thatcher that would bring students more resources for mental health and suicide prevention.

“The problem really is not the safety of our schools,” she said. “Our schools have implemented increased safety measures. They have locked perimeter doors, they keep track of all the guests that come in. And in fact, resources have shown that our schools are one of the safest places for our children to be, but the real problem lies in the added burden that is on our educators right now.”

“We need to have safe schools for our students that are the best learning environments that we can have for them,” she said. “We know that putting metal detectors and all of those kinds of things doesn’t create that environment.”

Although no school in Utah has seen a tragedy like this, these education leaders agree that it could happen anywhere.