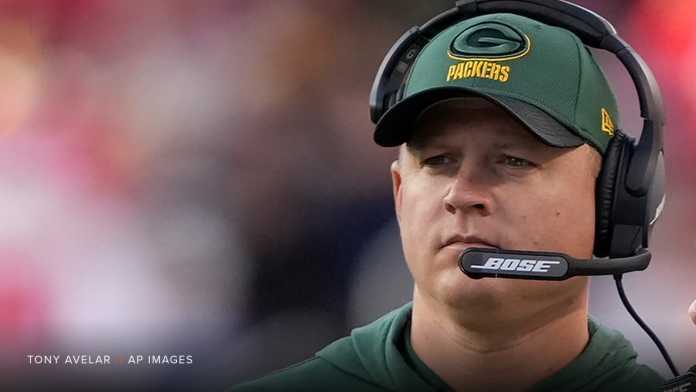 A 37-year-old coach, Getsy has been a key player in the Packers’ offensive success over the last several seasons. Getsy, who started as a quality control coach in 2014, has quickly risen through the coaching ranks and is one of two position coaches who will reportedly interview for the job.

To learn more about Getsy and his candidacy for the role, DenverBroncos.com spoke with The Athletic’s Matt Schneidman.

Aric DiLalla: Luke Getsy was a name that I’m not sure many Broncos fans knew before the team requested an interview. What stands out about him in this search?

Matt Schneidman: “I think what’s interesting about Getsy is he knows different parts of an offense. Obviously any head-coaching candidate who’s an offensive coordinator or even a defensive guy’s going to know that. Luke Getsy has done it all in just the last couple years. He was the Packers’ wide receivers coach in 2016 and 2017, then he went to be the offensive coordinator and play caller at Mississippi State in 2018. Then he came back in Green Bay in 2019 to be the quarterbacks coach, then the last two years he’s been the pass game coordinator as well. I asked [All-Pro wide receiver] Davante Adams a couple weeks ago about another coach. … They were about to play the Ravens and Keith Williams is the Ravens’ pass game coordinator and he was Davante Adams’ college coach … so I asked Davante, ‘Has Keith Williams had the [biggest] effect on you of any coach in your career or most influence on you?’ He gave a short answer of yes but then unprompted, he brought up Luke Getsy. He said, ‘An unsung hero is Luke Getsy in my development’ and went on to say how instrumental Getsy has been. Yeah, he works with the quarterbacks and the passing game as a whole now, but Davante Adams, who shouldn’t be forgotten in all this [as] arguably the best receiver in the league, really credits Luke Getsy for his development. [Quarterback] Aaron Rodgers also credits Luke Getsy a lot for what he’s become today. So that’s arguably the best quarterback and the best wide receiver in the league saying this 37-year-old pass game coordinator is a big reason for where they are today. I think that’s as good of an endorsement as any.”

AD: Packers HC Matt LaFleur has been very complimentary of Getsy — how would you describe Getsy’s leadership style?

MS: “I think just in our dealings with them, and I don’t know how reflective how they talk to reporters is of how they lead, but Getsy’s kind of more reserved and [Packers offensive coordinator Nathaniel] Hackett’s kind of more animated. But you said it, Aaron Rodgers and Matt LaFleur are both very complimentary of Getsy’s ability to command a room — and captivate is the word Aaron Rodgers used the other day — captivate a room. … That’s the No. 1 quality that Rodgers thinks make a good head coach, is someone who can command the attention of a room and get everyone to buy in. Getsy has the ability to do that. It might be, I don’t want to say less creative, but he might not be doing Austin Powers dances and being off his rocker as much as Hackett is, but he has proven here in Green Bay with arguably the league’s best offense the last couple years that he too can get everyone in that room and some of the best players in the league at their positions to buy in.”

AD: Getsy is one of the younger coaches that the Broncos are reportedly talking to. Do you think he’s ready for this sort of role, or do you think the next step is as an offensive coordinator?

MS: “I think that’s probably more realistic. Matt LaFleur said the other day to us that he absolutely thinks Luke Getsy is ready to be a head coach. I jokingly asked Hackett the other day, ‘Do you go into your Broncos interview and just trash Luke? So [that] you have a better chance of getting the job.’ He started cracking up. Right when he found out Luke was getting the interview with the Broncos, he went into his office because he was so excited for him. [He] hopes he does get a head-coaching job at some point. I’m sure Nathaniel Hackett wouldn’t want Getsy to get the job over him, but I could see Luke Getsy getting an offensive coordinator job first. I’m sure he would do fine as a head coach, but I have a hard time believing a team is going to take a quarterbacks coach and make him their head coach. [What] wouldn’t stun me [is] something like — and I’ve seen this on Twitter from the Broncos fans in my mentions that have already started campaigning for this — but Hackett as head coach and Getsy as offensive coordinator. I could see that too.”

Omicron Cases Appear to Peak in U.S., but Deaths Continue to...