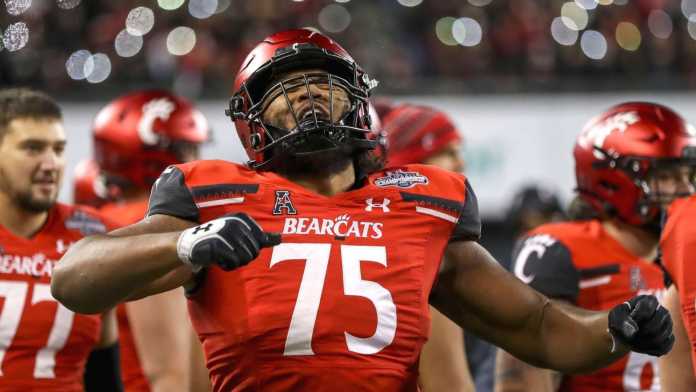 This is the space where a hot take was supposed to live.

Since the College Football Playoff committee released its first rankings on Nov. 2, we’ve been sharpening our knives, waiting to climb atop a soapbox and defend the latest aggrieved party — Cincinnati, Oklahoma State, heck, even Notre Dame managed to earn some sympathy from the masses aligned against the playoff status quo. Sunday was to be the tipping point, when all that outrage, frustration and second-guessing reached its apex.

Instead, we’re left with but one real complaint: The whole thing was kind of dull.

The committee, once again, got it right. Alabama, Michigan, Georgia and Cincinnati will play for the national championship, and that’s exactly as it should be.

Perhaps there’s a shred of controversy surrounding the Bulldogs, who were demolished by Alabama in the SEC championship game. There’s little clamoring for a postseason rematch — even Georgia fans may be reluctant to wade back into those fraught waters — and perhaps the country would be better served by giving a shot to a team such as Baylor or Utah, just to make things interesting. But to do so would be the most egregious deviation from the committee’s core tenets in its history. Georgia, no matter how its SEC season ended, earned its place.

We could celebrate Cincinnati’s inclusion, a watershed moment for the Group of 5. Indeed, it’s a remarkable turn after the Bearcats were relegated to eighth in last year’s final committee rankings, a few years after the 2017 UCF Knights made the argument for a Cinderella relevant on the national stage.

But it’s not as if the committee took a bold stand. No voter stood atop a table in a conference room in Texas and demanded the Bearcats’ inclusion. Instead, Cincinnati simply outlasted its competition, beating its final three opponents — all bowl eligible — by a combined 71 points, while others stumbled to the finish line. The committee didn’t need to weigh the Bearcats’ schedule against a two-loss Alabama or a one-loss Oklahoma State. The Bearcats are in by default, in many ways adding more fuel to the fire for those who assume their AAC schedule was the ultimate advantage. If Cincinnati wants to truly change the dynamic and land a blow for the little guy, it will need to happen in the Cotton Bowl against the defending national champs.

That Alabama remains the playoff’s brightest star is no surprise. For all the hand-wringing after the Iron Bowl that this Tide team might sneak into the playoff based more on reputation than results, there were no such concerns Sunday. Alabama unquestionably belongs. What’s perhaps a more worthy caveat is that the Tide’s most common cohorts in the playoff over the past few years — Clemson, Ohio State and Oklahoma — are all absent from this season’s festivities. The biggest frustration with the current format was always less about the number of teams involved and more about seeing the same four teams over and over.

And when it comes to surprises, this year’s playoff truly delivered. No, we’re not shocked to see Michigan here, not after a season of success, a triumphant moment in which Jim Harbaugh slayed the Ohio State dragon, and a dominant performance against Iowa in the Big Ten championship game. Michigan has a genuine shot to win it all — though that’s still an astounding sentence to type. A year ago, this season’s other three playoff participants were a combined 28-1 against all other competition. Their exceptionalism was established. But the Wolverines were different. They entered 2021 having lost six of their last eight, their coach’s job hanging by a thread. Heck, Michigan needed overtime to beat Rutgers last year! Now the Wolverines are title contenders. That’s something distinctly new in a system that had delivered seven years of status quo.

Michigan coach Jim Harbaugh reacts to his team making the College Football Playoff and looks ahead to the matchup with Georgia.

Looking back, there were countless ways the committee’s final meeting could have gone haywire. What if Oklahoma State doesn’t fold at the goal line again and again Saturday? What if Baylor doesn’t inexplicably lose to TCU last month, the same week the Horned Frogs fired their longtime coach and installed a new starting QB? What if Pitt doesn’t suffer arguably the most head-scratching loss of the season to Western Michigan back in September or if Tank Bigsby doesn’t step out of bounds as Auburn works to run out the clock against Alabama in the Iron Bowl or if Utah goes with Cam Rising at quarterback to open the season or if Tulsa doesn’t fizzle out on four straight plays at the 1-yard line against Cincinnati?

In any of those scenarios, the committee might have been forced to parse similar records, to evaluate Notre Dame’s role as an independent, to determine the true value of a Group of 5 schedule, to decide whether Georgia had earned a chance at postseason redemption, to make genuinely difficult choices that were guaranteed to anger some large swath of the college football world. They’re all fun hypotheticals that could have added some real drama to Sunday’s proceedings. Instead, the outcome was all but rubber-stamped from the moment Michigan scored its first touchdown against Iowa in the Big Ten championship game.

Go perfect in your bowl picks and win up to $1 million, plus more prizes! Make Your Picks

For all the national outcry about Cincinnati’s initial ranking leading to another snub or Notre Dame’s weak schedule and lack of a conference game adding up to a playoff bid or a potential perfect storm of two-loss contenders at the end, none of those possibilities became realities, and the committee can step aside after yet another year of giving the people exactly what they wanted.

It’s amazing, really, how well the current process has resolved itself through eight years. There was the potentially fraught Big 12 tiebreaker miasma of 2014, which the committee skillfully sidestepped by handing the No. 4 seed to Ohio State over both Baylor and TCU. The Buckeyes went on to win the national championship, an after-the-fact endorsement of the committee’s wisdom. There was Alabama’s backdoor playoff berth in 2017 after losing in the Iron Bowl and missing out on an SEC West title. The Tide, too, won it all, as Tua Tagovailoa led a remarkable second-half comeback in the championship game. (Sorry for another reminder, Georgia fans.) Aside from that, the road map to the playoff has been a funnel for hot takes — starting off with a wide berth, complaints from all sides, and ending at the narrowest point, the outcome entirely clear.

If there’s a real push toward a change to the system — expansion to eight or 12 teams or some other twist — it won’t be due to some egregious oversight. For all the November outrage, December has always had an elegant solution.

And yet, expansion still seems inevitable, and this year’s field might offer the best explanation. The SEC has two teams in the mix. The Group of 5 cracked the code. Even if one member of the final four had fallen short, it was Notre Dame, an independent, waiting in the wings.

In other words, three of the Power 5 leagues were left out altogether. The Big 12, the ACC and (this is a copy/paste situation) the Pac-12 will watch the playoff from their respective couches, and at some point, that will be all the motivation they need to approve some new plan. Expansion certainly would have made for a bit more intrigue Sunday.

The reality today, however, is the committee got it right. Again. It’s easy when the answers are already filled in before the test is handed out.

7 Gaming Wheels to Win Any Race in E-Sports Competitions