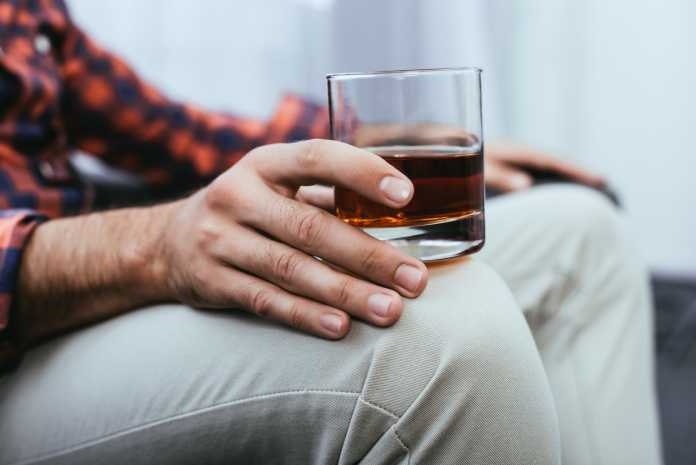 Alcoholism in the U.S. has increased since the start of the COVID-19 pandemic.

“A one-year increase in alcohol consumption in the U.S. during the COVID-19 pandemic is estimated to cause 8,000 additional deaths from alcohol-related liver disease, 18,700 cases of liver failure, and 1,000 cases of liver cancer by 2040,” according to a press release from the Massachusetts General Hospital.

In addition, deaths caused by alcohol are up, too.

With alcohol consumption and deaths increasing, how does this impact Latinos?

Alcoholism in the Latino Community

The good news is that Latinos have high rates of abstinence from alcohol.

Unfortunately, Latinos who choose to drink are more likely to consume higher volumes of alcohol than non-Hispanic Whites, according to the National Institute on Alcohol Abuse and Alcoholism (NIAAA).

Underage drinking is also a factor to consider.

According to the CDC, a 2019 Youth Risk Behavior survey showed that among high school students:

This impacts young Latinos, too.

“From 1992 through the present, Hispanic/Latino 8th graders have been roughly twice as likely to report binge drinking as non-Hispanic White 8th graders, and 3 times as likely as African American 8th graders,” according to a 2015 study.

Binge Drinking and Other Bad Habits

For adults of drinking age that wish to drink in moderation, the 2020-2025 Dietary Guidelines for Americans recommends limiting intake to 2 drinks or less in a day for men or 1 drink or less in a day for women (scientific advisors recently urged federal officials to cut the daily alcohol intake recommendation for men from two to one drink a day).

The CDC also reports that 1 in 6 U.S. adults binge drinks, with 25% doing so at least weekly.

Binge drinking is most common among younger adults aged 18–34 and is nearly twice as common among men than among women.

The NIAAA reported that in 2019, 825,000 young people reported binge drinking on 5 or more days over the past month.

While binge drinking can bring upon health problems and lead to serious risks such as unintentional injuries like motor vehicle crashes, falls, burns, and alcohol poisoning.

Of all ethnic groups, white Hispanic men have the highest rates of alcohol-related medical conditions (like liver cirrhosis), while black Hispanic men (from the Caribbean, the Dominican Republic, or Cuba) have the lowest–even when compared with non-Hispanic white adults,” according to The Alcohol Rehab Guide.

Resources and Ways to Help

Unfortunately, Latinos who struggle with severe alcohol issues are less likely than their White peers to seek they treatment they need, according to the NIAAA. “Hispanics also are less likely to join Alcoholics Anonymous (AA), even though AA groups are available for free and in Spanish,” the NIAAA reports.

This makes access to and knowledge of resources important.

For example, the Talk. They Hear You./Hable. Ellos Escuchan. This is an underage drinking prevention campaign through the Substance Abuse and Mental Health Services Administration (SAMHSA).

National Prevention Week is also recognized by the SAMHSA and raises awareness about substance use prevention and positive mental health.

The CDC also recommends Alcohol Screening and Brief Intervention (ASBI) for those who consume alcohol and opioids.

“Screening and brief intervention for excessive alcohol use (ASBI) is an effective clinical prevention strategy for reducing excessive drinking, but it is underused in clinical settings,” according to the CDC.

Health departments and healthcare providers can find methods to screen for excessive alcohol use on the CDC’s Alcohol and Public Health webpage.

How Can You Help People in Your Community?

Explore what health equity looks like in your area by Health Equity Report Card from Salud America! at UT Health San Antonio.

This report card has maps and data visualizations that shows inequities in local access to healthcare, food, education, and other social determinants of health.

You can use the data to help advocate for your neighbors. Share on social and present the Health Equity Report Card to your city’s leadership!

GET YOUR HEALTH EQUITY REPORT CARD!

Inflation: What Does it Mean for Latinos?

Will Your Child Get Free School Lunches This Year?