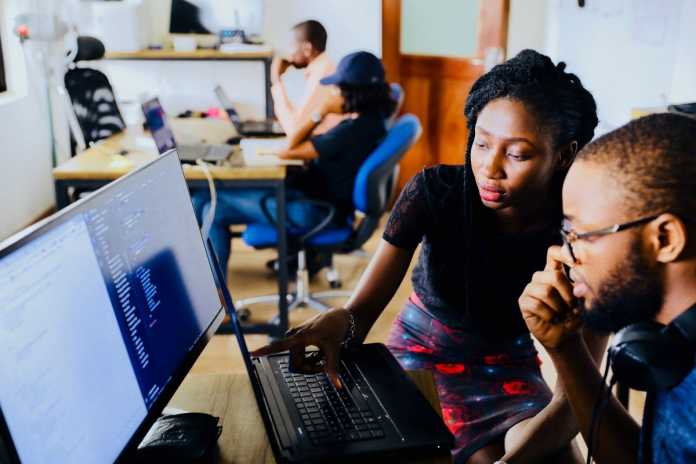 Black Tech Talent started out as a job board. Now, it builds strategic connections between workers and companies looking to diversify their ranks.

When 2020 arrived, Michael A. Johnson’s Minneapolis-based event company was taking off. He was in conversation about collaborating with everyone from P. Diddy’s team on Revolt Summit, a hip hop-focused cultural event series, to Rhymesayers on their annual hip hop music festival. Then the pandemic hit.

“Everything we were negotiating had to be canceled and deposits had to be refunded. We had to just halt operations altogether,” Johnson recalls. By the third or fourth stay at home order, he realized it was time to rethink his long-term strategy.

“I started thinking about what I could do to stay afloat and continue helping the people in the community I’ve built.”

That was when Johnson remembered the complaint he had encountered again and again while planning a previous conference on Black empowerment and technology. “I kept hearing the need for a pipeline” of Black talent for tech roles, he says. “The corporations that sponsored the event appeared to be willing to hire diversely.”

Johnson decided to start building that pipeline in Minnesota in April of 2020, and that was when Black Tech Talent was born.

The goal of the organization is two-fold, to help companies find the Black technologists they’re looking for while connecting Black tech workers with roles opportunities they rarely have access to. Today, the group boasts over 7,000 subscribers and counts corporate giants like Best Buy, BluDot, the Minnesota Timberwolves and American Express among its partners.

The year that Johnson launched Black Tech Talent, Black people made up only single-digit percentages of the workforce across major tech companies. Despite making up more than 62% of the labor force, Black people comprised just 2.9% of the…

Visitor Spending for October 2021 Down 15.3 Percent from Pre-Pandemic October...