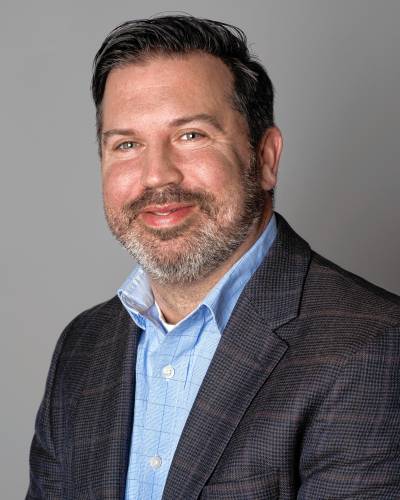 LUDLOW — Aaron Saunders remembers first catching the “bug” for public service after helping a woman secure benefits from the Veterans Administration following the death of her husband.

Now, Saunders is in the race to succeed fellow Democrat Jake Oliveira as state representative from the reconfigured 7th Hampden District. The district, reconfigured in redistricting following the release of the 2020 U.S. Census, straddles the Quabbin Reservoir as it stretches from Ludlow in the south to Wendell and Petersham in the north.

Saunders was born and raised in Ludlow. After graduating from Ludlow High School, he moved on to the University of Massachusetts Amherst, where he majored in political science.

His first job in government was working in U.S. Sen. John Kerry’s western Massachusetts constituent services office. He later served as chief of staff for state Sen. Gail Candaris, and while working on Beacon Hill he was elected to the Selectboard in Ludlow.

“I was able to get a tremendous amount of experience in the State House,” he said, “while being on the front lines of addressing municipal issues. This was during the Great Recession, so it was really trial by fire — understanding how the folks you represent are taken care of within the means available.”

Currently, Saunders is senior vice president for public affairs for Benchmark Strategies, a Boston-based economic development and government relations firm. Saunders said he most recently has been concentrating on renewable energy and food insecurity issues.

A small businessman, the 42-year-old Belchertown resident is also one of the founders of Ludlow’s Loophole Brewing.

Saunders said that, while campaigning, he has found “that the issues I’m passionate about seem to line up with what I’m hearing from folks on the ground, and at the top of that list is regional equity.”

He said it’s not only important to ensure that cities and towns west of Worcester get their fair share of state resources,…

In ‘Bullet Train,’ Brad Pitt’s got a ticket to ride

Proposal to convert Charlestown High School would be a “school gentrification”