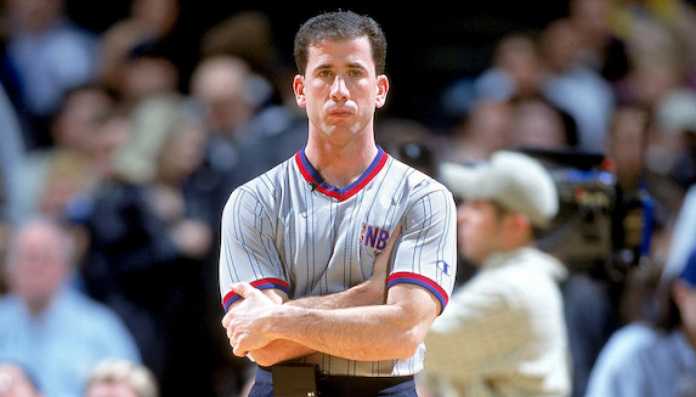 LAS VEGAS — By January 2007, Jimmy Battista’s NBA bets had attracted the attention of the world’s heavyweight gamblers, who had connected referee Tim Donaghy to that action.

Griffin’s three-year descent into offshore betting was triggered by his curiosity about the mafia’s involvement with sports wagering, stemming from an FBI wiretap of the Gambino crime family.

Donaghy was mentioned on those tapes. Ensuing betting-scandal headlines jolted the NBA. One of its officials is dirty, film at 11. That, though, represented only one knot of the tangled webs.

Griffin, a criminal justice professor at The Citadel and former Philadelphia cop, untangled much of that mess in his best-selling 2011 book, “Gaming the Game.”

He details the genesis of the scheme involving Donaghy, Battista and Tommy Martino, onetime classmates at Cardinal O’Hara High in Springfield, Pennsylvania, and how Battista manipulated global-betting markets.

After it hit the fan and the legal process dragged on, Battista hoped to expose Donaghy’s mountain of lies by testifying. However, Griffin details why Battista, the professor’s main “Gaming” rudder, opted for a plea.

Griffin’s impressive work is again relevant because on Aug. 30, Netflix is scheduled to air “Untold: Operation Flagrant Foul,” about the scandal. It touts interviews with Donaghy, Battista and Martino — not Griffin.

He told me Monday that those producers called him, they talked for maybe 90 minutes and Griffin provided relevant notes and potential lines of inquiry.

But the person who knows more about the case than anyone isn’t on the show and won’t be watching.

“I have incredibly low expectations for whatever they produce,”…