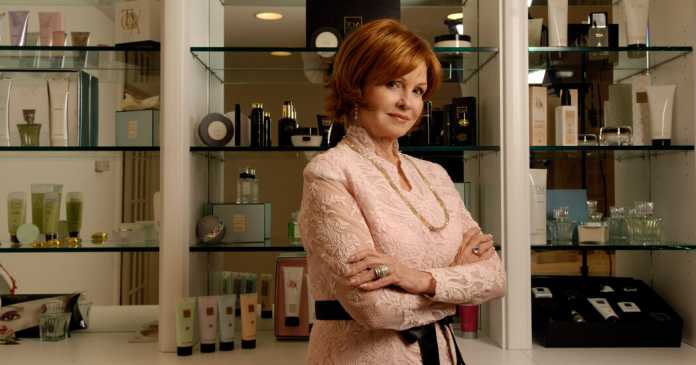 Ms. Borgnine was a serial beauty entrepreneur who found success with an exotic skin care line that had a pedigreed back story. Worried that the dry desert air was making the Las Vegas showgirls who were her customers look older than their years, she set out to find an emollient to correct their skin. As the story goes, she pressed the actress Merle Oberon into revealing the secret to her dewy complexion, which turned out to be a mask based on an ancient Aztec formula involving cactus, made by a family in Mexico. Ms. Borgnine tracked the family down, and they agreed to sell her the formula.

But in the fall of 1976, before she had a proper company or had sorted out manufacturing and distribution, an item in a syndicated gossip column noted Mr. Borgnine’s own newly dewy complexion and plugged his wife’s cactus face mask. Within days, as the Borgnines told it, they had received hundreds of letters clamoring for the product, and checks totaling $56,000.

“It must have been a slow news day,” Ms. Borgnine liked to say.

The Borgnines pitched the new business together. They called it Tova 9, a play on their last name. Mr. Borgnine called himself “Guinea Pig No. 1” and often recalled his wife coaxing him to use her mask.

In an interview, Cristofer Borgnine confirmed that the tales were not apocryphal: He recalled regularly coming home and seeing his father reading the newspaper in the living room, his famous features frozen in a bright pink face mask.

Mr. Borgnine would go on to boast to reporters of his wife’s products: “I shave with it, shower with it, shampoo with it, clean my teeth with it and smooth my skin with it.” The soap lathered well in hard water, he said, and his friend Steve McQueen once took 60 bars on location. Burt Reynolds, an avid catalog shopper, was a customer. So…