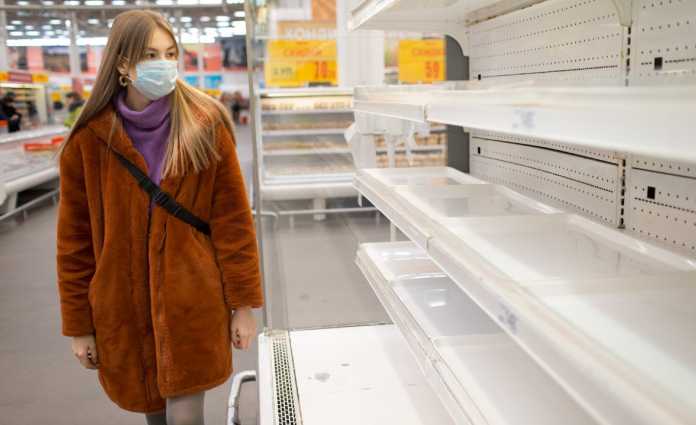 This week software company Adobe released its first analysis of the holiday season, and the data look ominous.

According to the company, “out of stock” messages on websites have risen 250 percent compared to pre-pandemic levels and, when compared to two holiday seasons ago (October 2019), the number has risen a “staggering” 325 percent. This month alone consumers saw more than two billion out of stock messages online with jewelry, apparel, home/garden and pet products among the leading culprits.

“Consumers are beginning to understand the real impact of the supply chain challenges,” Taylor Schreiner, director of Adobe Digital Insights, said in a blog post. “Some have begun to adjust their holiday strategy accordingly, with parents shopping for toys earlier and some settling for gift cards this season. For those who have not yet started their holiday shopping, they will need to be prepared to be flexible.”

The problem for consumers is one thing. But it’s a much bigger issue for small merchants selling products both online and offline and who rely on the holiday season for a large part of their yearly profits.

“Normally my store is ready to go for the holidays by this time,” Brandy Deieso, who owns The Little Apple Gift Boutique store in Philadelphia, told me. “But I’m short of inventory and getting deliveries that I should have had two months ago.”

Deieso is one of many small business owners around the country fretting about the upcoming season. These people know the reality of a free economy, and that reality is that even though consumers say they’ll support small businesses, those same customers will run to big brand stores such as Target and Walmart for Christmas presents if their local merchant is out of stock. And the big guys have been flexing their economic muscle over the past few months to ensure that they have goods on their shelves, oftentimes to the disadvantage of their smaller competitors, who lack their deep pockets.

“I’m a little stressed,” one small business owner in Georgia who’s still waiting on stock she ordered back in July to come in told the Associated Press. “I feel like I’ve done everything I could do (to stock shelves). I’m hoping and praying it all comes in.”

No offense but “hoping and praying” is not a great business plan. So how can small merchants like our friend in Georgia navigate their way through this inventory problem? The smartest ones I know are doing these three things.

The first is leveraging the upcoming Small Business Saturday. I’ve spoken to dozens of small merchants in the Philadelphia area like Brandy, and all have told me that they plan to step up their efforts to maximize sales that day (Nov. 27) by offering discounts, events and other incentives to attract customers to their stores. Why?

“I’m trying to sell as much as possible while I still have inventory,” one client told me. “I’m hoping to get re-supplied by Christmas, but I’m not sure that’s going to happen.”

Many small business owners are stocking up on one thing that doesn’t have to come in a ship from Asia: gift cards. This way if they find themselves out of stock now, they can still deliver product a few months from now when (hopefully) supplies start replenishing. Small merchants can get the cash up front, and their customers can still walk away with a stocking stuffer and the satisfaction of knowing that they shopped local. Gift cards were a blessing in disguise for restaurants shut down by the pandemic last year, and they’ll be another lifesaver for countless merchants who lack inventory this holiday season.

Finally, some small business owners are retreating. They’re cutting back on their holiday promotions and simply raising prices. “Why advertise when there’s no product on the shelves?” one merchant told me. “It makes more sense to sell what I have for as much as possible and cut costs elsewhere.”

Supply shortages will mean higher prices for consumers, so merchants that managed to get products in time may have the opportunity to maximize their margins to make up for sales lost to the lack of supply. Besides pulling back on their marketing spending, many of my clients are cutting back on their staffing, not that they can find people anyway in these times of labor shortages.

The holiday season looks like a tough one for small retailers. “Small business owners are attempting to take advantage of current economic growth but remain pessimistic about business conditions in the near future,” Bill Dunkelberg, chief economist at the National Federation of Independent Businesses, said this week after reporting a drop in small business confidence. “One of the biggest problems for small businesses is the lack of workers for unfilled positions and inventory shortages, which will continue to be a problem during the holiday season.”

But maybe Dunkelberg and I are wrong. The National Retail Federation (NRF) certainly disagrees with our pessimism. That association is forecasting the highest holiday sales on record this season thanks to pent up demand and historic levels of household wealth.

“Pandemic-related supply chain disruptions have caused shortages of merchandise and most of this year’s inflationary pressure,” the organization’s chief economist said in a press release. “With the prospect of consumers seeking to shop early, inventories may be pulled down sooner and shortages may develop in the later weeks of the shopping season. However, if retailers can keep merchandise on the shelves and merchandise arrives before Christmas, it could be a stellar holiday sales season.”

Hopefully, the NRF’s predictions are accurate. But after running a business for more than two decades, I’m not so sure. Companies such as Amazon and Apple are predicting “bleak” sales this holiday season due to supply chain issues — that, to me, is a warning size for small retailers to prepare for the worst.

Gene Marks is founder of The Marks Group, a small-business consulting firm. He frequently appears on CNBC, Fox Business and MSNBC.

Five New Extensions to Improve Your Store in 2022

The unanswered questions one year after Maradona’s death