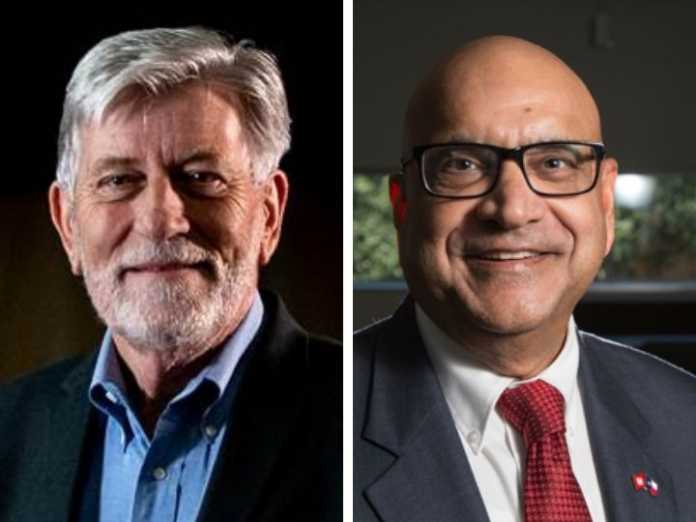 Two University of Houston professors have been named Fellows of the National Academy of Inventors. Alex Ignatiev, professor emeritus of physics and Ganesh Thakur, Distinguished Professor of Petroleum Engineering and director of Energy Industry Partnership, will be officially inducted during the academy’s annual meeting in June. Election to NAI Fellow is the highest professional distinction accorded solely to academic inventors.

Announcing the election of both Ignatiev and Thakur, the academy said both scientists have “demonstrated a highly prolific spirit of innovation in creating or facilitating outstanding inventions that have made a tangible impact on the quality of life, economic development, and welfare of society.”

“The election of two exceptional researchers to the NAI demonstrates the quality of UH research and its applicability to inventions that underpin a higher quality of life,” said Amr Elnashai, vice president for research and technology transfer at UH.

In his long and esteemed career, Alex Ignatiev has served as director of two NASA-supported research and technology development centers at the University of Houston, and as Lillie Cranz and Hugh Roy Cullen Professor of Physics, Chemistry, and Electrical and Computer Engineering. He was principal investigator of the Wake Shield Facility (WSF) program, which flew three times on the space shuttle and grew high-purity epitaxial semiconductor films and advanced oxide films in the vacuum of space.

Wholesale Reorders Account for 48% of TAAT™ Sales Volume in

The Dallas Mavericks are consistently white in a black league. Why?...