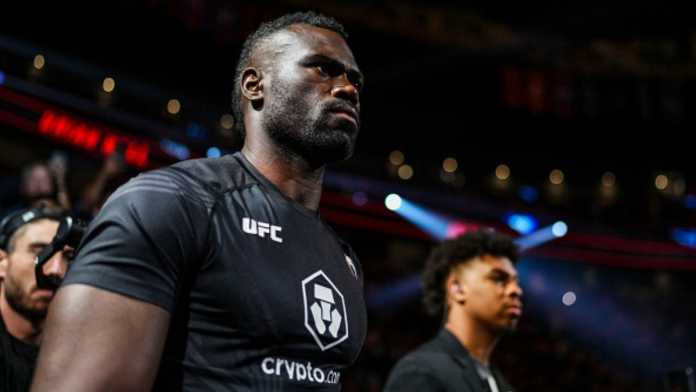 Hall, a two-time Ring of Combat middleweight champion, broke onto the scene during season 17 of The Ultimate Fighter, during which he recorded three knockouts, including a particularly notable and much-replayed spinning hook kick KO of Adam Cella.

Having followed that breakout stint with 19 appearances under the UFC banner, “Prime Time” has called time on his career at the age of 38.

Taking to Instagram on Wednesday morning, the Jamaican American reflected on his career, expressing gratitude to his fans and coaches, as well as UFC President Dana White for giving him the chance to “collide with modern day gladiators.”

“It is with great sadness that I will be stepping away from the greatest sport in the world. I’m going to miss the incredible UFC staff that has became like family and the mentors I have met along the way,” Hall wrote. “The UFC has given me the Best opportunity to step completely outside my comfort zone. Throughout the years I’ve gone up against some of the best in the world at the highest level. Although I did not achieve the rank of world champion i’ve acquired some of my greatest achievements from mixed martial arts and that was facing my fears and being a champion in life.

“I want to thank the incredible fans, you guys made the sport what it is today. It is important to have the right people around you that care for you and encourage you to become a better version of yourself. I want to thank my team my coaches my friends and my family always standing by me. You all have been the driving force that encouraged me daily,” Hall continued. “Lastly, I want to specifically thank Dana White for giving me the opportunity to collide with modern day gladiators. Thank you for always supporting me thru the good and the bad…To the next generation you are the top 1% greatest athlete’s on the planet. Will be a…

Bryan Danielson Explains Why He Likely Won’t Fight In MMA

I Deserve More Attention From The MMA Community