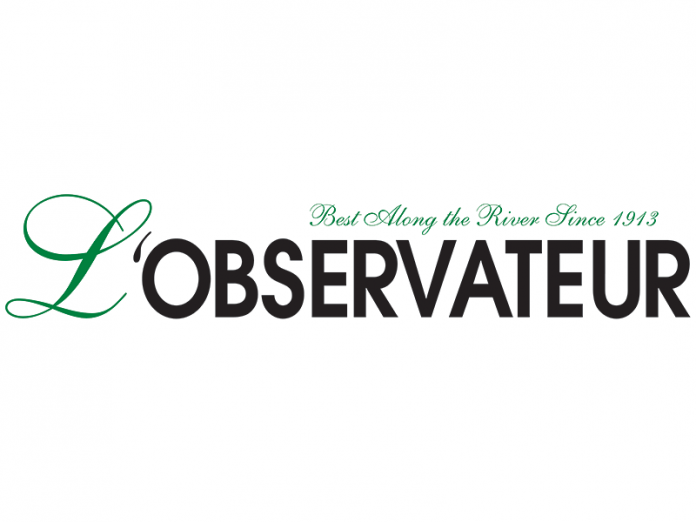 RESERVE — After nearly 40 years working for Ingram Marine group’s Triangle Fleet in Reserve, St. John Parish native Harold B. Warren received the honor of a lifetime when a vessel was re-christened in his name.

Warren learned about the re-christening early this summer when the owner of the company gave him a call and asked if he was ready to “swing the champagne bottle.”

Warren knew that breaking a champagne bottle over the bow of the ship was a christening tradition meant to invoke good luck, but he didn’t understand at first why the owner had called him.

“I asked why, and he said, ‘We are going to christen one of the boats after you.’ Right then, my eyes filled with water and the tears just came down,” Warren said. “I never would have thought that would happen to me.”

Warren began working for Triangle Fleet in January 1983 as a member of the bull gang. He served as a fleet mate and worked his way up to the dispatch office. Today, he is Ingram’s general manager for fleet dispatch for Triangle and Capital Fleets.

According to the proclamation read by Parish President Hotard, “He is a proud husband, father and friend, career driven, hard-working and deserving of the renaming.”

The mv. Harold B. Warren is a refurbished vessel originally built in 1980. The towing vessel measures 70 feet by 26 feet and was acquired by Ingram in 2020.

Warren’s wife, Loretta, had the honor of breaking the champagne bottle over the newly renamed vessel. The ceremony also featured an American flag presentation from the U.S. Coast Guard Sector New Orleans…

6 State Parks Near Houston Worth a Visit