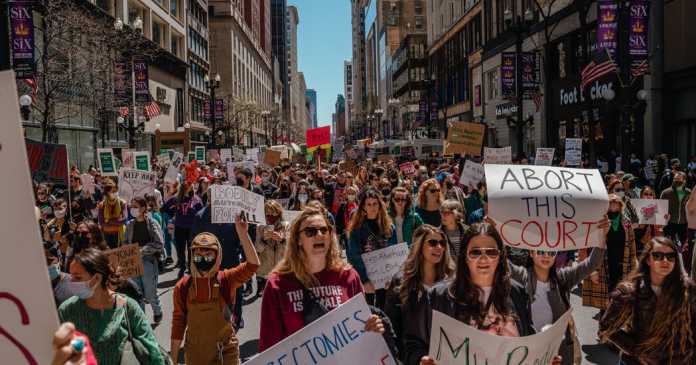 HOUSTON — Several thousand people in Texas’ largest city rallied for abortion rights on Saturday, one of numerous demonstrations held across the country days after a draft opinion from the Supreme Court overturning Roe v. Wade was leaked. They were joined by a host of Democratic officials, including former Representative Beto O’Rourke, who is running for governor.

The rally in Houston, at Discovery Green, a downtown park, might have been the largest gathering of the protests that were scheduled in more than a dozen cities and communities on Saturday. They varied widely in scale and attendance. A morning event outside a Catholic church in Manhattan drew dozens of people. A demonstration in downtown Detroit featured roughly 200. A rally in Chicago attracted more than a thousand.

Many more protests were planned on Sunday in cities including San Jose, Calif., Kansas City, Mo., Fort Wayne, Ind., Oklahoma City and Orlando, Fla. Next weekend, thousands could gather in Washington for the Women’s March.

In Houston on Saturday, some in attendance took advantage of the rally to turn it into a family outing. Marco Barbato, 35, an engineer, brought his 4-year-old daughter so she could see how democracy worked and witness people standing up for what they believed in, he said.

“It is a woman’s business to do what they wish with their bodies. She needs to know that, and she needs to be heard and speak up herself,” Mr. Barbato said, referring to his daughter.

Another protester, Sara Mielke, who wore a dress made of hangers, said she was hurt and disappointed by the news that Roe could be struck down. “The government should not be getting between women and their doctors when it comes to reproductive health,” she said.

Speaking after the event, Mr. O’Rourke said he had been moved by hearing the personal stories of so many women. “People’s lives are on the line now, and I’m going to do everything in my power to fight for them,” he said after the event. During…