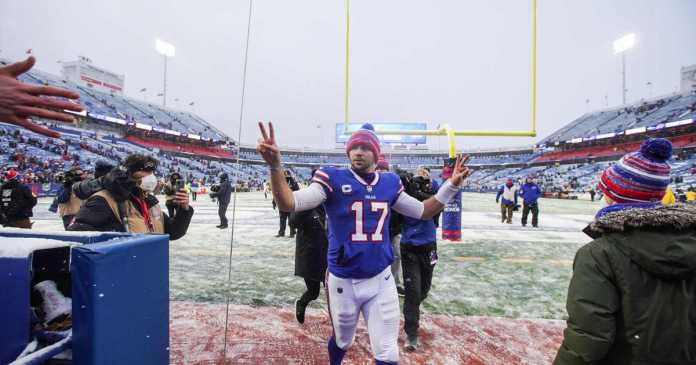 On a snowy day in early January, with the wind chill in the mid-teens, Buffalo Bills quarterback Josh Allen and his former teammate, Atlanta Falcons tight end Lee Smith, chatted as they jogged the field before a game at Highmark Stadium in Orchard Park.

“To keep it open air is part of the Buffalo bravado,” the governor said, “which people love to showcase.”

“You’re soft,” Allen said to Smith. “You got used to that dome.”

“Damn right,” Smith said, referring to the retractable roof on Atlanta’s Mercedes-Benz Stadium. “Don’t act like you don’t want one.”

The microphones that captured this exchange didn’t catch Allen’s response – if he even had one – but this much is certain: Allen won’t play a home game in a domed stadium for as long as he wears a Bills uniform.

The National Football League franchise continues to negotiate with the State of New York and Erie County to help finance the construction of a new $1.4 billion stadium across the street from its current venue in Orchard Park, but a dome isn’t part of the discussions and was never on the Bills’ wish list. An internal study conducted four years ago by Pegula Sports and Entertainment, which oversees the holdings of team owners Terry and Kim Pegula, put it bluntly: “No…

WHO: Vaccine makers should plan to adjust COVID-19 jabs – Live...

Oscars slap sparks debate on the defense of Black women |...