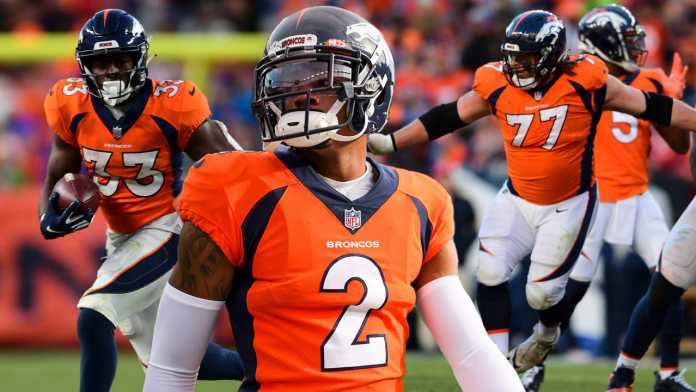 When Denver drafted Sterns out of Texas, the Broncos hoped to see the all-conference version of Sterns that had flashed as a freshman. Sterns certainly rebounded from some later struggles with the Longhorns to serve as a valuable depth piece for Denver. He had a pair of sacks against the Ravens, and he picked off a pair of passes. In a Week 12 win against the Chargers, Sterns made his first start of the season and helped limit Los Angeles quarterback Justin Herbert.

“He’s just so smart,” fellow safety Justin Simmons said in November. “I think he handles all that really well. He sees really well even from close up at playing the dime position. Obviously, it’s an advantageous spot for us to put him in positions to where he can see things really well and then make plays on the football. He does a really good job already as a rookie dissecting route combinations, where we’re trying to be attacked and what the quarterback’s necessarily looking at as the game is developing. Those are some of the things that I think are going to make him a great player for years to come.”

Best moment: While Sterns’ two-sack game vs. the Ravens certainly earned consideration, his interception against Dak Prescott and the Cowboys showed impeccable timing and savvy for a player in his first season.

When the Broncos drafted Seth Williams, they pointed to his special teams prowess as one of the main reasons they took him over other receivers. He has yet to make the same impact as some other members of his class, but he appeared in his first game of the season against the Chargers in Week 17 and hauled in a 34-yard catch to record his first career reception.

Best moment: Williams’ catch was extremely impressive, as he went up and over a Chargers cornerback to secure the big gain. While Williams’ game action was extremely limited, the play was reminiscent of the kind of plays that he made routinely in college, and if he can build off it, he could carve out a bigger role in 2022.

Perhaps the best story in the Broncos’ rookie class, Cooper overcame a series of heart procedures to carve out a role in Denver’s pass-rush rotation. The seventh-round pick had 2.5 sacks on the season, including a two-sack day against the Cowboys. As the Broncos’ final selection in the 2021 NFL Draft, he’s provided great value to the team.

“The NFL speed of the game is pretty fast, but I feel like I’ve settled into it. The result is making more tackles,” Cooper told The Denver Post in December. “… I feel I’ve improved my pass rush and it’s looked good at times, but I feel I need to be more consistent.”

Best game: Cooper’s two-sack game was one of just three by Broncos outside linebackers in 2021, and it helped the team get its biggest win of the year.

How Ukrainian and Russian Immigrants View the War From Afar |...